Watch: Divers swam with a massive basking shark off Cork harbour this week 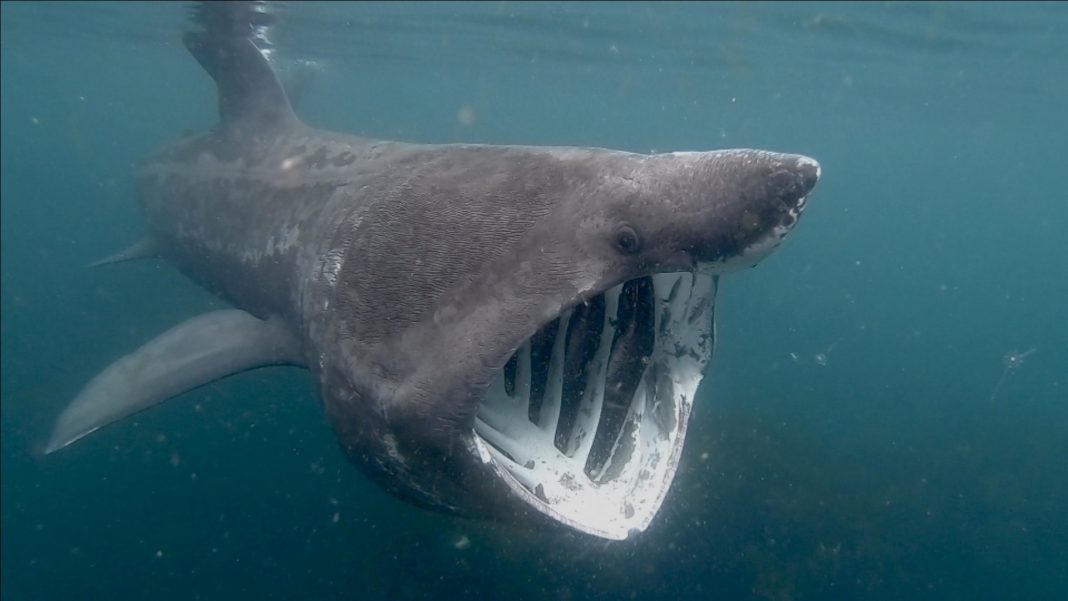 They’re one of the largest species of shark

The Irish Naval Service were made a new friend during a routine training exercise on Wednesday.

The gang were in the middle of a training dive just off Cork harbour when a massive basking shark appeared. Basking shark are the second largest species of fish in the ocean and, despite their enormous size and threatening appearance, they are not aggressive and are completely harmless to humans.

Diver Mulqueen caught the encounter on camera, and posted it to the Irish Naval Service Facebook and Twitter accounts later that day.

The gentle giant can be seen swimming back and forth alongside the diver, almost as if to say a friendly hello to the team.

It’s not uncommon to spot basking shark in the area, however. Basking shark have been appearing in increasing numbers along the coasts of Cork and Kerry, with one even washing up on Inchydoney beach last year.