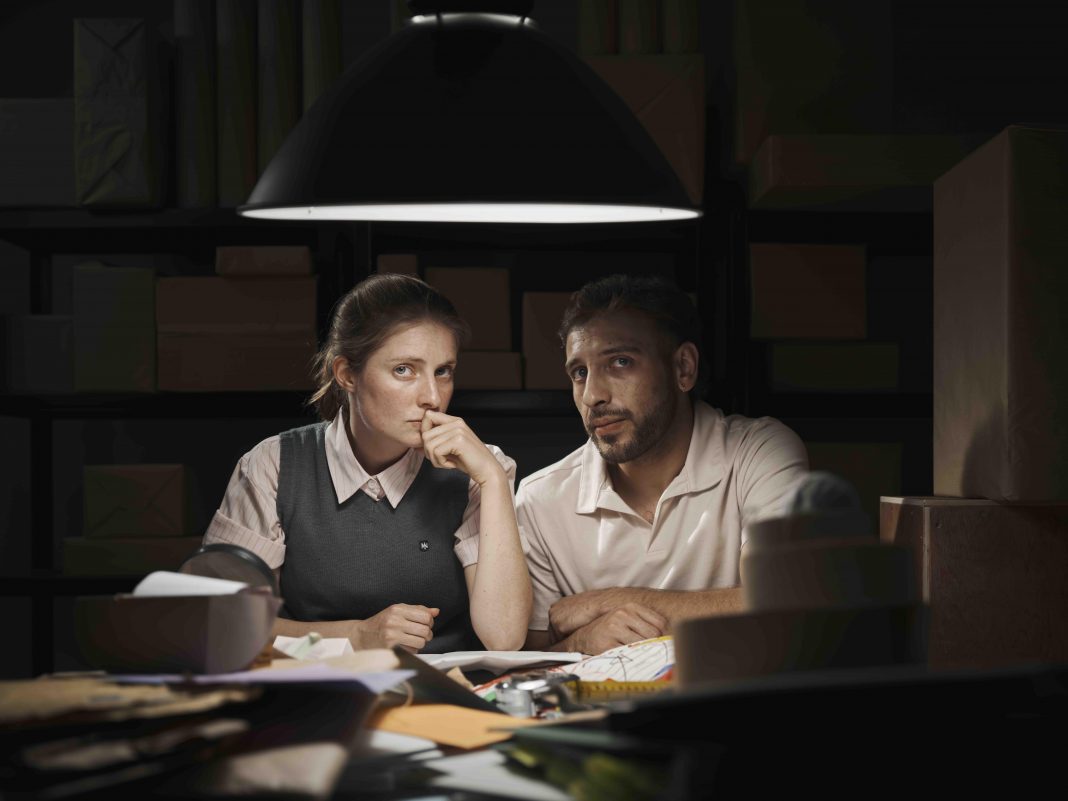 Mary Lou McCarthy in association with Ready, Steady SHOW!, The Civic and The Everyman present : ‘The Dead Letter Office’, an exciting, ground-breaking play which tackles themes of migration and displacement, and consider the possibilities of connection for children aged 9+.

At a time when Primary School class numbers are growing due to Ukrainian children, Syrian children, and others seeking refuge and asylum, this play presents an opportunity for children to discuss displacement and finding belonging in a new place.

The play, the debut play of Cork playwright and actor Mary-Lou McCarthy, promises to be full of mysteries to be solved and has already excited audiences at developmental workshops, with children, many of whom had not experienced live performance before. It uses the familiar world of postal arrivals and deliveries to explore why people are sometimes forced to travel across the globe in search of a new home.

The story begins in the basement of a rural Irish Post Office, where a lonely letter detective, Elizabeth, sorts, redirects and investigates packages and letters that have lost their way. An enormous box reveals a man who has posted himself from Syria, along with precious artifacts from the museum he works at, allowing the audience to unearth his story, learn about his culture, and explore our place in the world.

“I want children to experience high quality ambitious theatre – work that is made with them and for them.  I was lucky, I was brought to see plays as a young child by my mother in my local theatre, The Everyman. This October, The Dead Letter Office will premiere in association with The  Everyman, where it all began,” says Mary-Lou McCarthy.

The play will run twice daily at Graffiti Theatre in Blackpool from October 19th to 22nd, as well as An ISL interpreted performance taking place on Saturday 22nd October at 3pm. The play is 60 minutes with no interval and is suitable for age 9+. Performances are available to book by school groups and families via the Everyman website here.