Beloved coffee-makers Some Dose are opening their first cafe soon 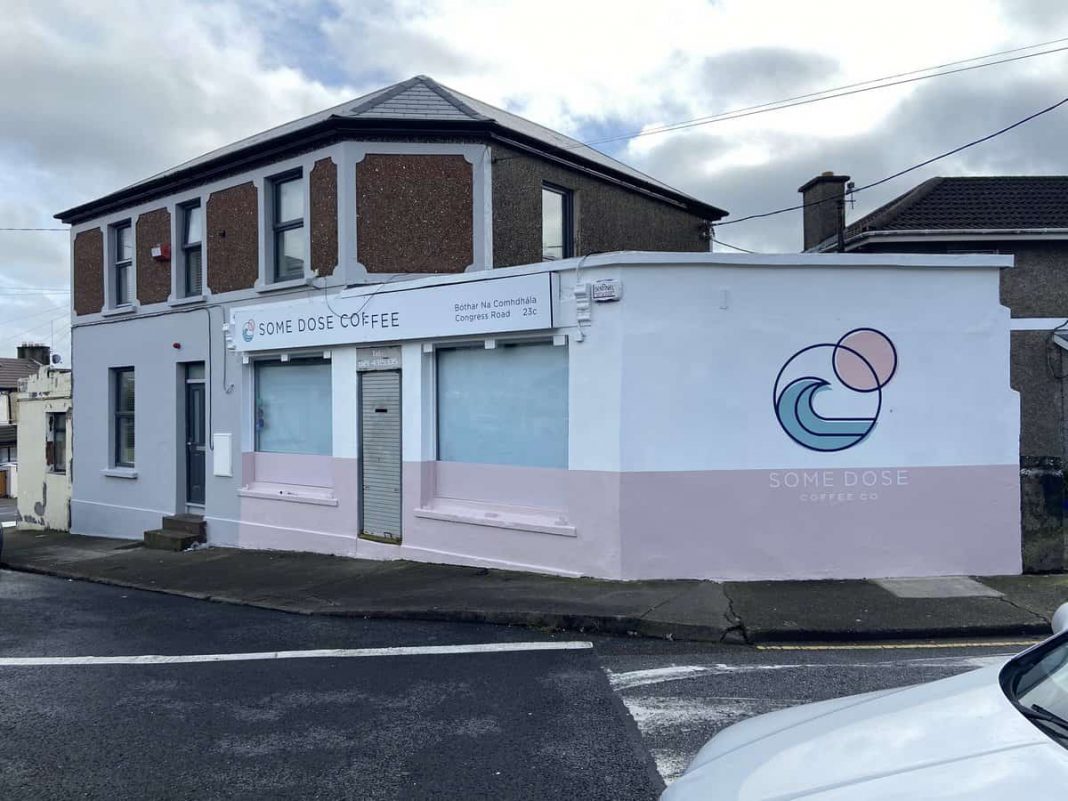 It’s the day we’ve all been waiting for.

Turner’s Cross has been absolutely ecstatic since the news dropped that they’ll finally be getting a cafe.

New guys on the block Some Dose first appeared on Cork’s coffee scene during lockdown, opening up a trailer at Hanley’s Garden Centre in Frankfield. They’ve fast made a name for themselves for serving up some absolutely top-notch coffee and delicious treats, and they often have a massive queue outside.

The new location will be an indoor cafe and they’ll be setting up shop on Congress Road in Turners Cross. The news broke over the weekend as the new Some Dose signage was painted over an empty retail unit, and there’s been a lot of excitement as this will be the first cafe to open in the area (madness!)

Taking to social media to make the announcement, owner Jarryd Kotze jokes about the slightly wonky signage, and encourages customers to take a selfie with the signage before its fixed for 50% off.

No date has been announced yet, so keep your eyes peeled on their Insta for updates.