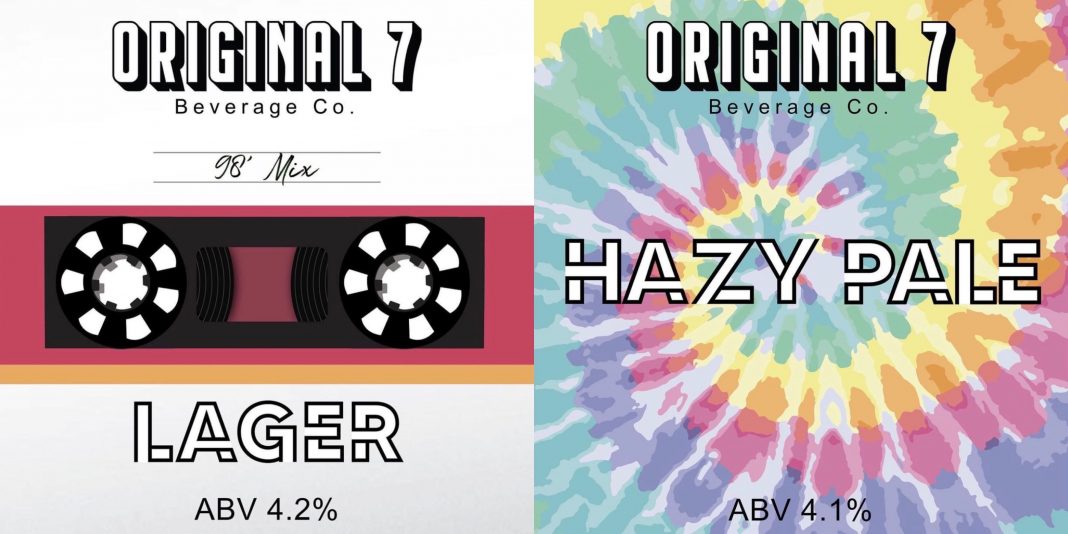 And it’s bringing us straight back to the 90’s.

Brewed at Shane Longs micro-brewery at the rear of The Franciscan Well, Shane has partnered up with business partner Steve Guiney and brewer Páidí Scully to bring his second beer brand to the bars of Cork City and beyond.

Back in 1998, Shane established Cork’s very first Microbrewery at the iconic Franciscan Well Bar on the North Mall. Since then, the brewery has produced some of the most incredible, award-winning beers enjoyed all over the world and now, in 2022, it’s time for a new generation to take the reins.

The remainder of the Original 7 Beverage Co. team is made up of Business Partner and Brewery Manager Steve Guiney, Head Brewer Páidí Scully and Junior Brewer Dean Wrenne. With Shane’s long-running legacy in brewing, he will provide guidance and advice to Dean and Páidí as they strive to create a diverse and complex range of craft beers.

The initial release from Original 7 Beverage Co. will focus on three unique beer styles – Hazy Pale Ale, Lager and Weisse. Each beer will be low in ABV when compared to beers of a similar style but will be uncompromising in flavour – filling a gap for a truly sessionable but unquestionably artisan beer – sounds incredible, eh!?

The branding and logo for Original 7 Brewing Co. takes style and influence from the late 90’s, when the brewery was originally built. Each of the three beers has a unique, 90’s inspired logo, complete with tie dye, mix-tapes, and everyones favourite nostalgic blockia game: snake!

All three beers are available now on draught in the Franciscan Well Bar and the roll out has already commenced at some of Cork’s top pubs. You can try Original 7 Beverage Co beers for yourself now in the following locations:

Over the coming months, you will be able to find Original 7 Beverage Co Beers in many more of Cork City’s Pubs and Restaurants as well as some outlets in Dublin and elsewhere around the country.