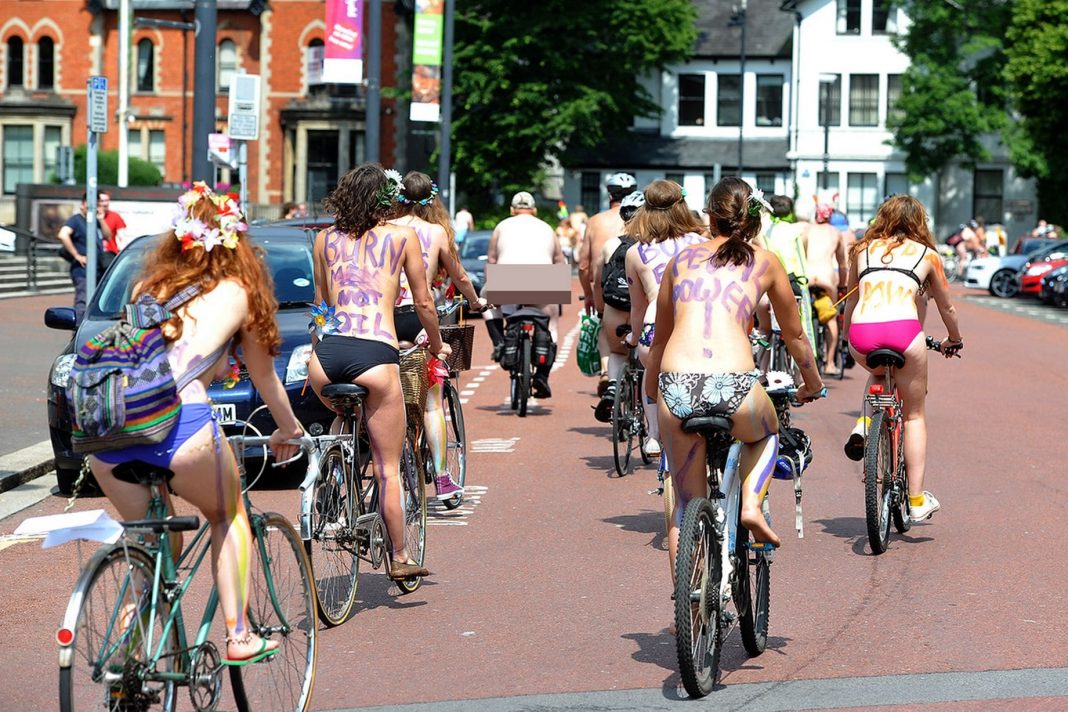 It’s going to be a wheelie breezy ride!

World Naked Bike Ride is actually a thing, and it’s coming back to the streets of Cork this year on August 27th.

The World Naked Bike Ride campaign first came about back in 2001 in an attempt to raise awareness of cyclist safety following the death of six cyclists in separate road accidents in Zaragoza, Spain. Since then, the event is celebrated every year by enthusiastic (and naked) cyclists in over 80 cities all over the world.

The rides quickly evolved to champion other important issues such as the need to reduce the world’s dependence on fossil fuels, the importance of body acceptance and most recently, reducing the dependence on Russian gas and oil following the Ukrainian invasion.

Cyclists are encouraged to go as ‘bare as they dare’, with many opting for some insane body paint. Artists travel from all over the country to volunteer to paint the nude cyclists for the Leeside event, giving Cork a reputation for having the most artistic ride in the world.

The ride is expected to take place in the city centre from 3-6pm this Saturday August 27th.