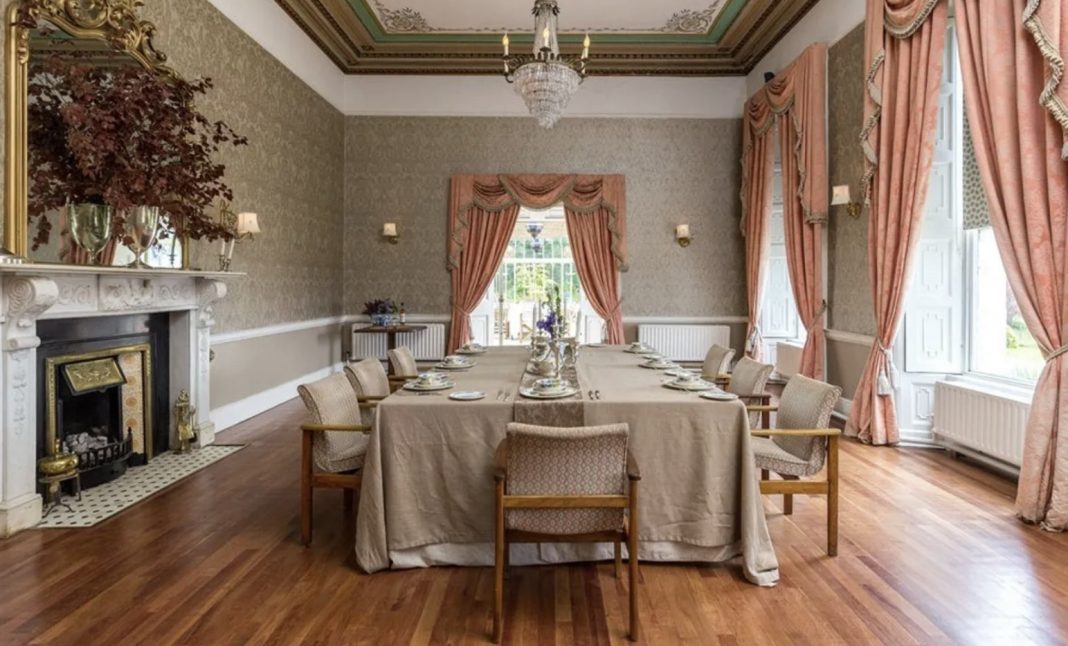 Sure that’s only pocket change.

Got a spare €7 mill in the back pocket? Well if so, then you’re in luck, because an 18th century mansion just hit the market.

The Georgian-style home was first built way back in 1720 and later expanded in 1800, and again in 1862 with the addition of the Victorian Turner conservatory. The main house comes with a total of six principal reception rooms, 18 bedroom suites and 18 bathrooms, all south facing with tall windows, open fires and room-controlled central heating.

The property also comes with four lodges, a large wildlife park, walking trails, a riverbank for fishing, and even an apple orchard. The house is currently in use as an exclusive boutique private rental, and can also be put to use as commercial hotel or a (very) large private home.

Sound tempting? Do you have enough cash for a downpayment? You can check out the full listing for Longueville House over on Daft.ie

Here’s what €1.75 million will get you in Sunday’s Well