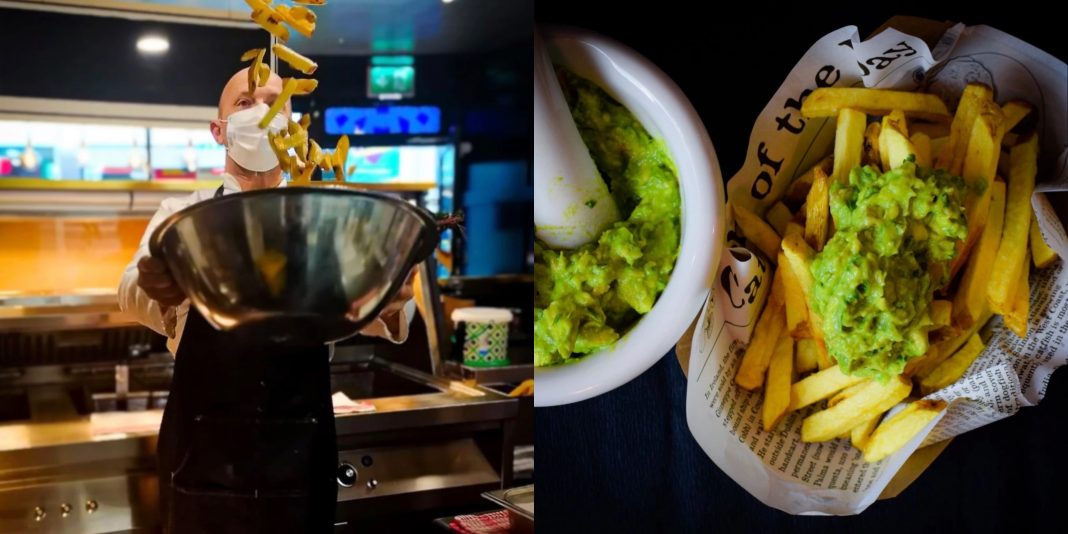 You had us at ‘free chips’

The good folks over at Kiely’s of Cork will be running a brand new campaign on Friday, and it involves a whole lot of free chips!

Their new ‘Catch Us on Patrick Street’ campaign will see their giant fish mascot handing out free portions of their delicious hand-cut chips to the public on (you guessed it) Patrick Street this Friday.

Previously known as Mattie Kiely’s, Cork’s oldest chip shop first opened its doors back in 1940, and has gained a reputation as one of the most legendary chippers in the city. They closed back in 2007, just ahead of the recession, and remained that way until only a few months ago.

In January 2022, the culinary experts behind the Blue Haven in Kinsale have reopened the shop as ‘Kiely’s’ and are continuing the Leeside legacy, with head chef Meeran Gani Manzoor putting his own spin on chip-shop classics.

Kiely’s plays a huge emphasis on locally sourced ingredients, sourcing their fish from Ballycotton and Union Hall, as well as local Cork potatoes for some of the freshest grub in the city.

If you fancy grabbing yourself a portion of golden fried goodness, simply walk through Patrick Street this Friday 12th between 12:30-2:30 and keep an eye out for the giant fish!