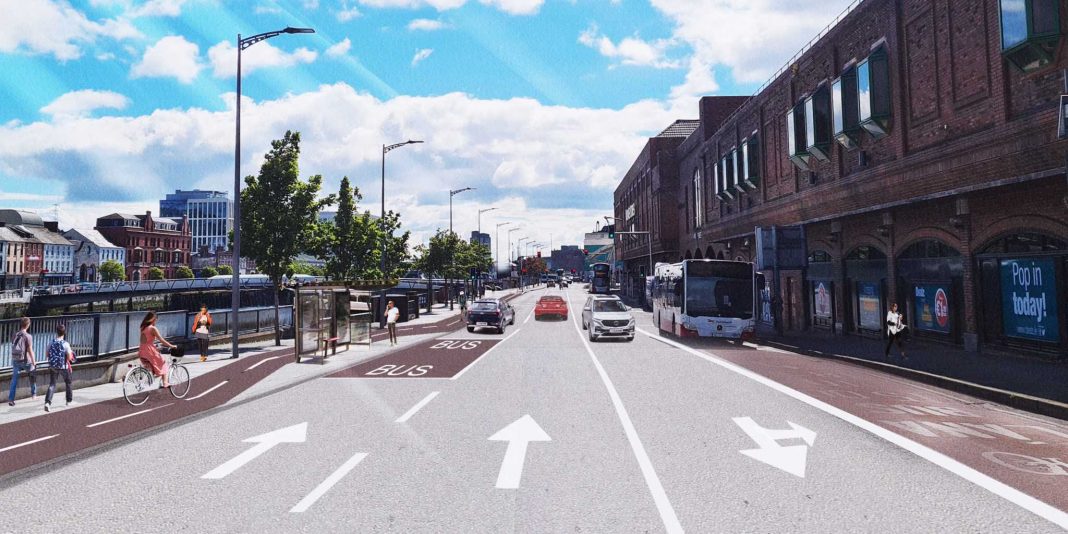 Just a heads up!

Cork City Council earlier this week announced a number of new permanent northbound traffic flow arrangements which will come into effect in the city from Tuesday August 9th.

From Tuesday onwards, all traffic travelling South Ring Road, Parnell Place and Patrick Street will need to use either the Brian Boru Bridge or Michael Collins Bridge and then onwards to St Patrick’s Quay and Camden Quay to access the N20, Blackpool, and Mulgrave Road.

The new traffic flow arrangements form part of the MacCurtain St Public Transport Improvement Scheme, which correspond to further works moving onto Merchant’s Quay and Lavitt’s Quay as well as continuing works on St Patrick’s Quay, all of which will see some lane restrictions for a period of time.

The following changes will take place in order to facilitate the traffic flow changes:

Motorists are being warned to observe the new signage in place and to allow additional time on their journey as people adjust to the new arrangements. A video of the changes is available to watch here, and check out the Transport For Cork City website for more info.