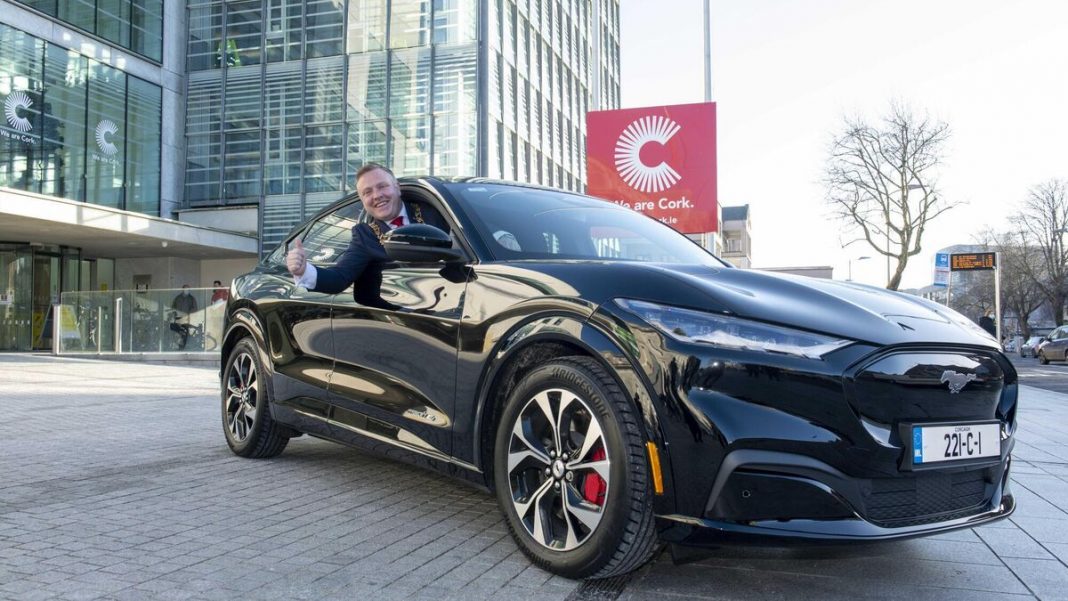 And it’s been christened ‘Knight Rider’.

Making history as the first Mayor to be chauffeured in a fully electric car, the new Ford Mustang Mach-E is Ford’s first all-electric SUV vehicle, and comes with the traditional number 1 licence plate reserved for the man himself.

The vehicle, which has an ‘absolute black’ finish, has a range of 400km on a single charge, has an efficiency rating of A+ and is worth approximately €69k.

Cllr Colm Kelleher mentions “I am proud to be the first Lord Mayor to champion the use of a fully electric vehicle, of which symbolises the council’s commitment to lead by example in tackling the issue of climate change,” Mr Kelleher said.

“We were the first local authority in the country to have our council fleet go fully electric a number of years ago and we have 76 council vans that are all fully electric.

The Mayors driver, Finbarr Archer, has christened the vehicle ‘Knight Rider’, and he has been assured it’s well able to go the distance, going from Cork – Dublin on a single charge.

The Mayor typically receives a new car twice per year, since the new registration system came into effect in 2013, however this will revert back to once per year, with the Ford Mustang Mach-E remaining in place as the mayoral car until January 2023.