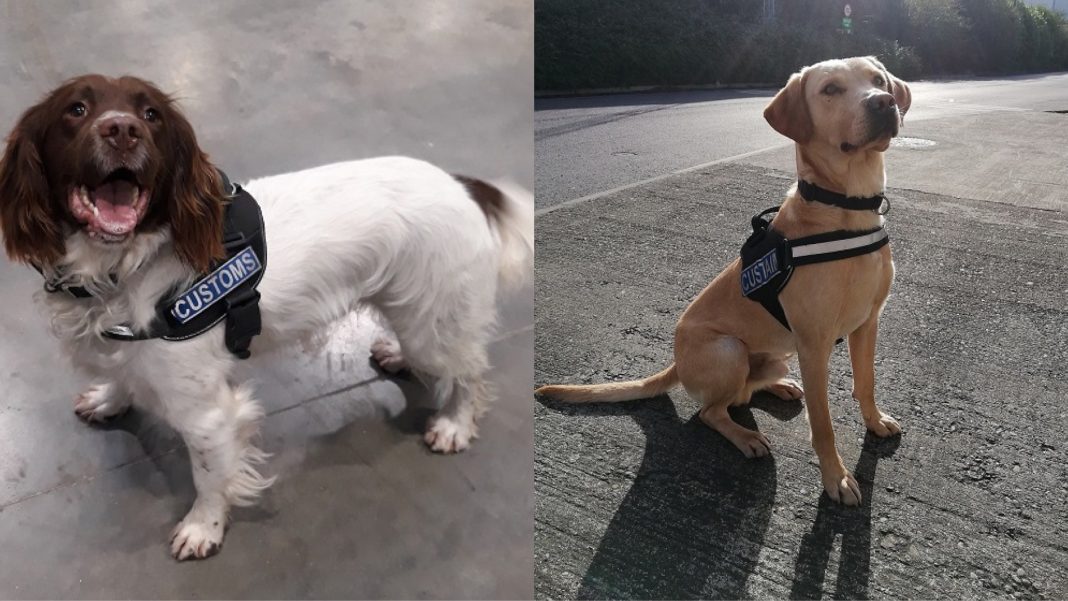 Now that’s what we call a co-canine.

Sniffer dogs Sam and Bailey sniffed out a large quantity of drugs in a Dublin premises on Tuesday.

The two parcels are said to have originated from the US, Spain, Canada, the UK and The Netherlands, and contained approximately €330,000 worth of cannabis, LSD, Zopiclone tablets, CMC crystals and hash.

According to Revenue, the parcels were labelled ‘tea’, ‘coffee beans’, ‘Christmas gifts’, ‘textiles’ and ‘food stuffs’ and were bound for several address in Ireland, including Cork.

A spokesperson for Revenue has said that investigations into the seizure are still ongoing, mentioning:

“These seizures are part of Revenue’s ongoing operations targeting the importation of illegal drugs.

“If businesses or members of the public have any information regarding smuggling, they can contact Revenue in confidence on Confidential Phone Number 1800 295 295.”