“To The Moon!” The River Club just unveiled their brand new terrace 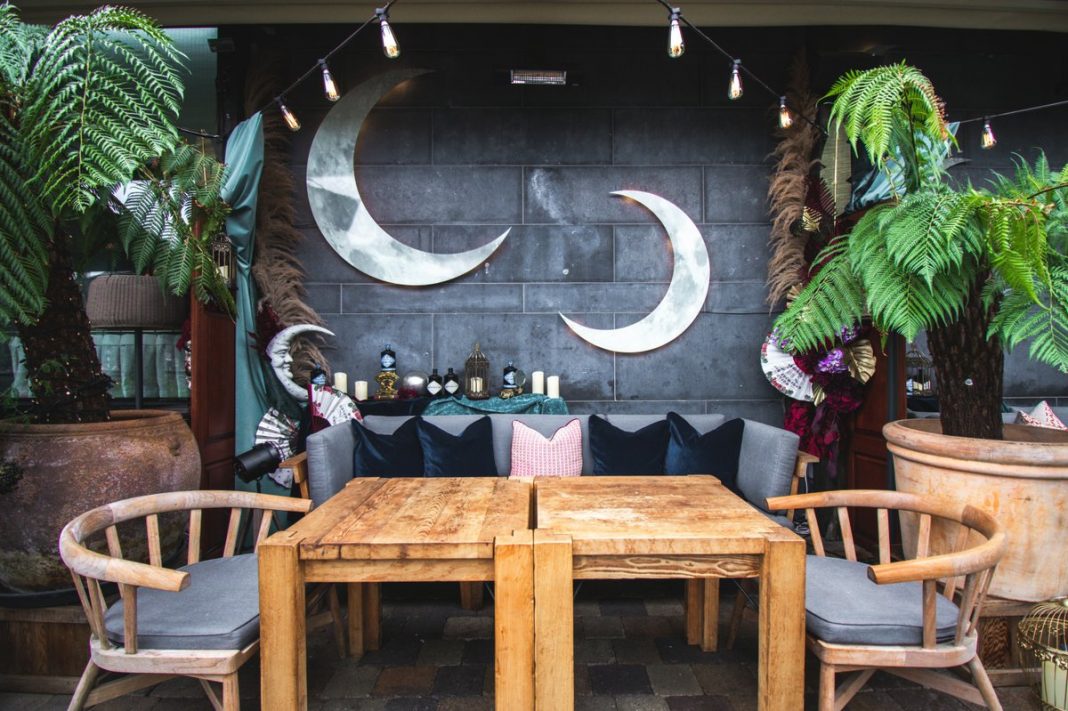 Exciting news as The River Club at The River Lee Hotel has just unveiled their new themed terrace for Autumn/Winter.

Twice per year, The River Club terrace completely transforms, with a new immersive installation. This year’s autumn/winter theme is called ‘To The Moon at The River Club’ and was designed in partnership with Hendrick’s Lunar Gin and beloved Cork florists, Fox Flowers.

This year’s installation celebrates humankind long fascination with sky travel, the cosmos and aeronautical endeavours, “focusing on all aspects of the skies and beyond, from the Greek mythological character Icarus to hot-air balloons, the birth of airline travel and the awe-inspiring moon landing to our continued quest and exploration amongst the stars and planets.

“Influenced by the opulent style of the early 20th –century and the birth of commercial air travel, the terrace features a rich, jewel-toned colour palette, alongside vintage hot air balloons, model airplanes, antique stargazing tools, moon and star symbols, birdcages and exotic birds in flight. The focal point of the ‘To The Moon Terrace at The River Club’ is a dramatic cloud  ofpampas grass and baby’s-breath lit by sparkling lights.”

‘To The Moon at The River Club’ was conceived in partnership with Hendrick’s Lunar Gin, the latest once-in-a-blue moon limited release gin in the Cabinet of Curiosity range from Master Distiller Lesley Gracie. This delectably cosmic gin is based on a collection of 11 botanicals with infusions of rose and cucumber alongside some intriguing additions to create a unique, mellow spiced gin with a subtle citrus finish.

The menu features a list of irresistible and whimsical cocktails based on Hendrick’s Lunar Gin, all designed to reinforce the celestial theme of the Terrace — a ‘Cloud Nine’, a ‘Freefall’, a ‘Moon Mist’ and a ‘Birds of a Feather’.

€1 from each cocktail sold on the ‘To The Moon at The River Club’ Terrace will go to Blackrock Castle Observatory and Dark Skies Cork. Blackrock Castle Observatory is currently working with Dark Skies Europe to raise awareness of light pollution and its effect on nocturnal biodiversity and pollinators, bringing this worthwhile initiative to wider attention, as well as helping create a greater understanding of our awe-inspiring skies and the cosmos.

‘To The Moon at The River Club’ opens to starry-eyed guests from today (1st October)  and runs throughout the autumn and winter season at The River Lee until February 2022. Click here to book your table.

This Cork restaurant has just launched a secret cocktail menu