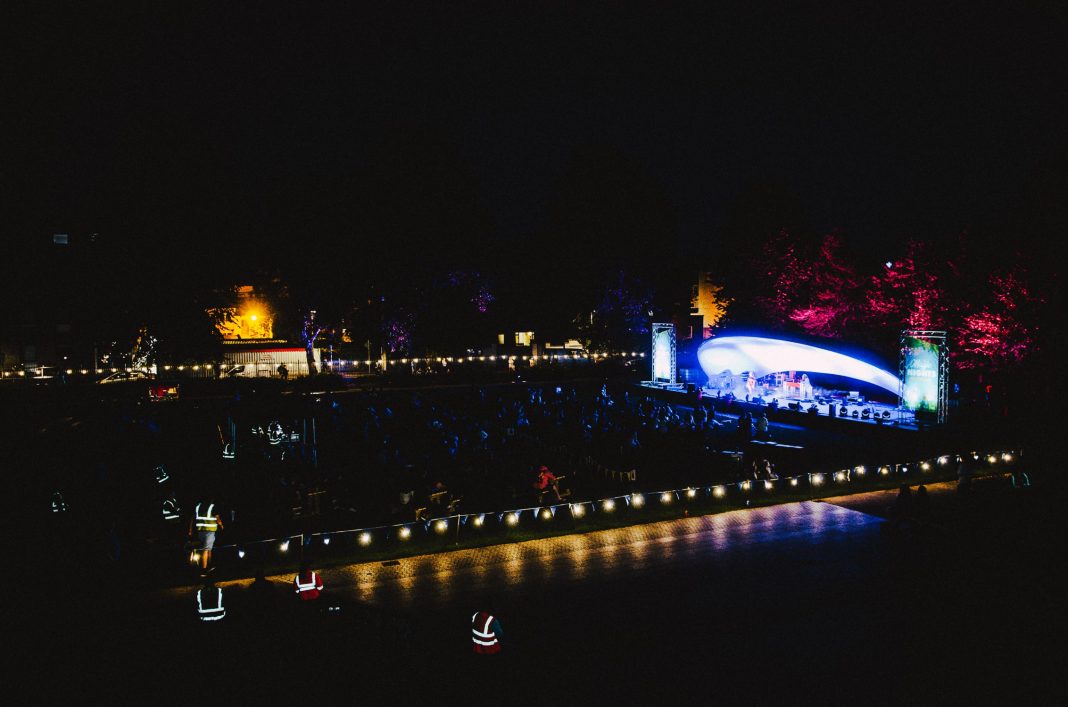 Following the success of their sell-out summer show, ‘Magic Nights by the Lee’ is returning to Cork for a special Christmas show.

The Good Room, in association with Cork City Council, announced earlier today that there will be a brand new series of open air live music and entertainment events happening in Cork city in the run up to Christmas.

‘Magic Nights by the Lee – A Winter Solstice’ will be staged over three nights at Fitzgerald’s Park from Tuesday 21st – Thursday 23rd December. Tickets will only set you back €3 per person, or €10 for a group of four.

DJ Stevie G will be opening the show at 6pm on Tuesday 21st (the shortest day of the year) along with upcoming R&B singer Minnie Marley. They’ll be followed by Cork brothers True Tide, who are one of the most talked about music acts in Ireland over the past two years, along with Code of Behaviour.

Wednesday 22nd is set to be a night of music and laughs, with Cork’s own drag royalty Candy Warhol and the Haus of Mockie Ah performing the house down, followed by RTE’s Sinead Quinlan (you might remember her from ‘The Den’ and ‘Seriously Sinead?’. Stand-up comedian Cornelius P. O’Sullivan will be closing up Tuesdays’ show will be a bonkers cabaret guaranteed to have the whole audience chuckling.

Thursday 23rd will see the festival coming to a close, with electrifying performances by Fish Go Deep, singer-songwriter Clare Sands, followed by afrobeat MC Yves Solo who will be closing the show with Stevie G.

Announcing the series earlier today, Lord Mayor of Cork, Cllr. Colm Kelleher mentions, “Cork City Council is delighted to support ‘Magic Nights By The Lee – A Winter Solstice’, funded through the Government’s Local Live Performance Programming Scheme. We’re thrilled to be able to stage some of Cork’s most talented artists, right here in the heart of the city, and for the citizen’s of Cork to be able to see and hear them perform at the most festive time of year.”

Tickets are on sale now, and must be purchased in advance online at  www.magicnightsbythelee.com.