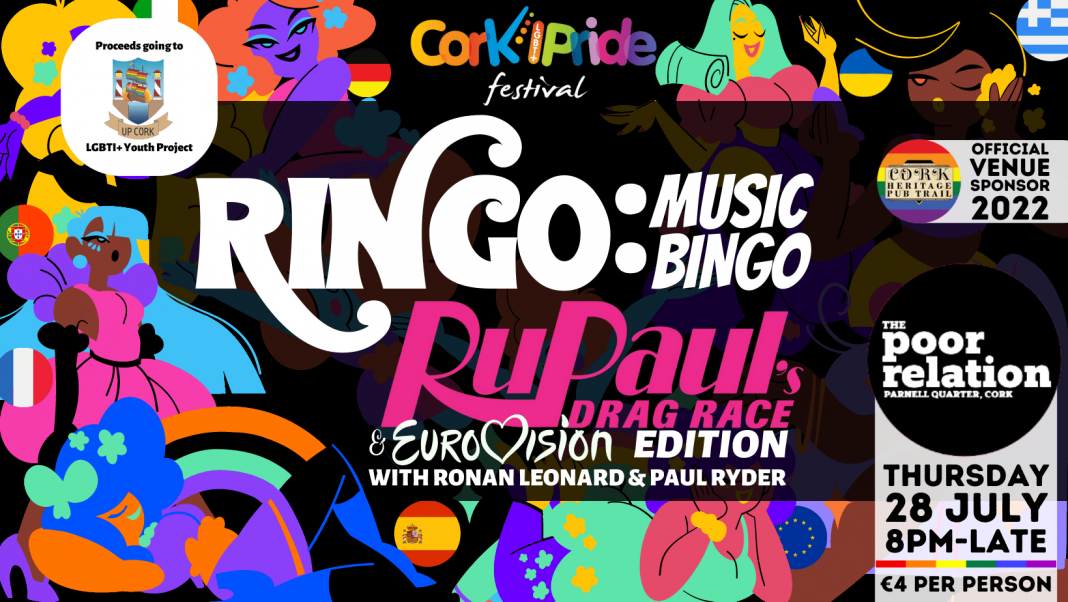 This year’s festival is going to be incredible!

The countdown to Cork Pride 2022 is on, and this year they’ve pulled out all the stops for their highly anticipated return.

This years’ festival is jam-packed with events, from themed nights across many of the Cork Heritage Pub venues, to Heels on Wheels, and an after party headlined by none other than Nadine Coyle of Girls Aloud and Eurovision’s Brooke Scullion, we’re truly spoilt for choice this year.

The festival takes place toward the end of this month, running from this Saturday July 23rd and finishing up on Sunday July 31st and there really is something for everyone. The majority of the events will take place toward the middle of next week, and the full event listing has just been released on CorkPride.com (see below)

This year Cork Pride has a partnership with Cork Heritage Pubs (Crane Lane, Poor Relation, Black Dog and Bodega) and they promise to host some unforgettable nights out – check out the unmissable events in the official partner venues below: