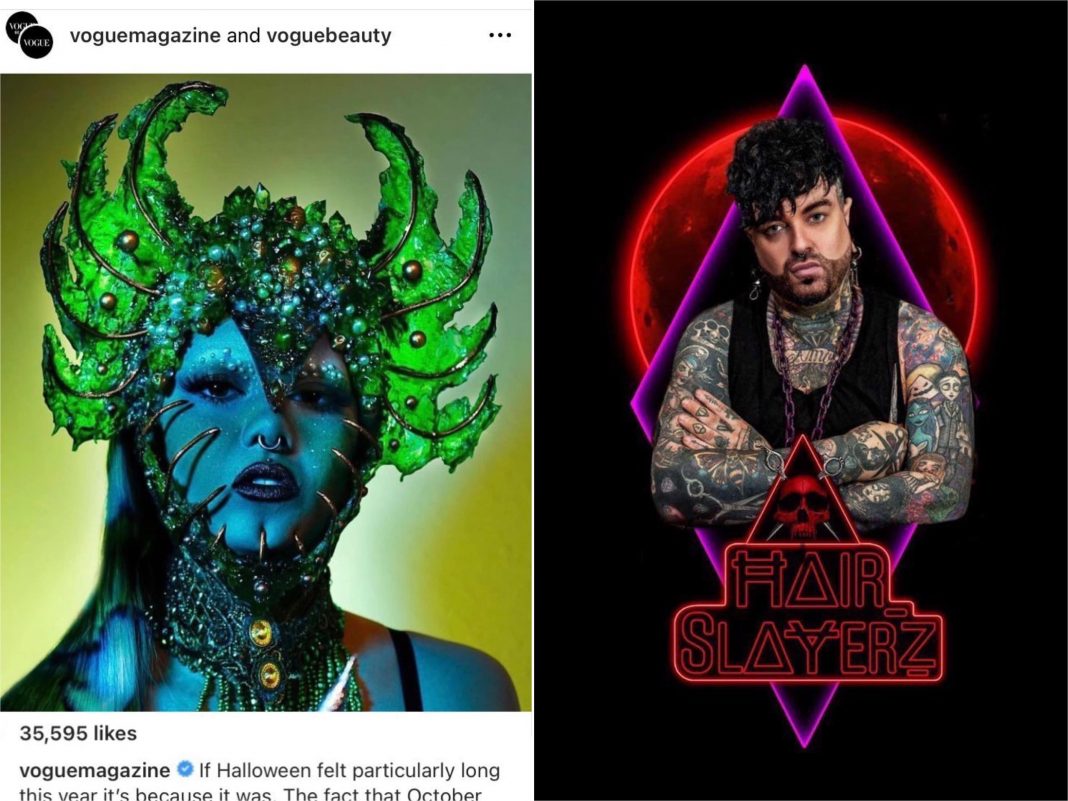 We love to see it!

It’s a proud day for the parish is local barber/hairdresser Paul Mac Special has just been featured on Vogue Magazine.

As part of their third annual Vogue Beauty Halloween challenge, an annual event inviting the world’s top creatives to show off their most head-turning Halloween creations, Vogue’s editors chose to feature an insane look created by local barber Paul Mac Special on their website and socials.

The eye-catching look features a vibrant green Siren headpiece which was inspired by the Jameson Distillery, old-school horror movies, and the works of Alexander McQueen and Philip Treacy.

Speaking to Craving Cork about the achievement, Paul mentions “I was honoured, especially as a self-taught headpiece designer having only started during lockdown.” Paul was previously a guest judge on the semi-finals of Glow up Ireland on RTE & BBC3 where contestants were challenged to create looks to complement Paul’s headpieces.

“Vogue Magazine chose our look as their featured Vogue Beauty Halloween look. I created this Siren headpiece for my education brand Hair Slayerz event ‘Slayer Fest’ in Florida. I was inspired by a trip to the Jameson Distillery Tour and the way the light illuminated the bottles on a chandelier, and my love for old school horror movies, along with the works of Alexander McQueen and Philip Treacy.”

The image was shared to the official Vogue Magazine Instagram account last week, which has over 42 million followers.

The makeup used in the look was done by Melissa Musseau, a custom wig was created by Cicelydoesmyhair and Ryan Long, Paul’s right-hand-man who worked on the editing and branding.