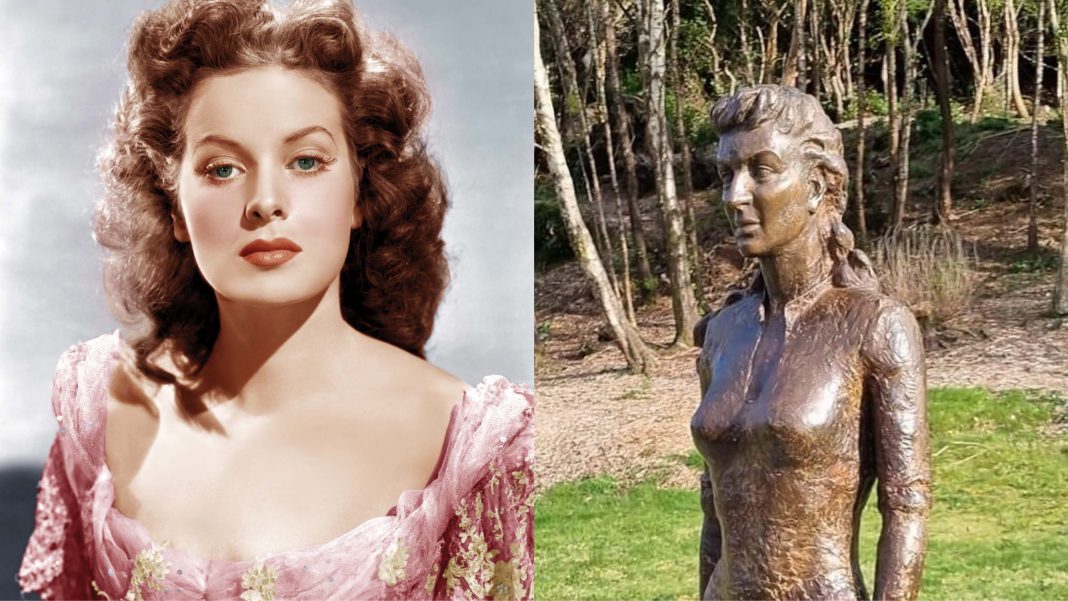 The internet was absolutely NOT having it

In case you hadn’t heard already, a statue of Maureen O’ Hara was erected in Glengarriff on Wednesday, and it’s been causing quite a lot of controversy due to it’s, eh, slightly uncanny resemblance to the Hollywood star.

Maureen O’Hara was a was a famous Irish actress and singer and was huge in Hollywood from the 1940’s-60’s. She spent much of her time in Glengarriff in West Cork, having moved there in 2005 and later passed away in 2015, aged 95.

Back in 2018, Cork County Council gave Glengarriff Tourism and Development Association (GTDA) a grant for a life-sized statue of Maureen O’Hara. The statue provided with this grant, however, proved to be unacceptable and was considered “not suitable for installation.”

With most of the money returned, the council then took over the project, commissioning a statue by sculptor Don Cronin in December 2020 at a cost of €33,000. This second statue, however, also proved to be unsuitable for use due to its “unlikeness” to the Hollywood star, and they began searching for a third sculptor.

It is not known if they council sought a third sculptor, or if they decided to stick with Don Cronin’s statue, but alas, a statue was erected in Glengarriff earlier this week, and the internet was not having it.

A Facebook post uploaded by Visit Glengarriff has been going viral, with almost 1,000 comments slating the new statue:

“She was such a beautiful woman. I don’t know who this lady is.”

“Melt it down and start again. Maureen O’Hara was a true beauty. This does her a disservice.”

“Jaysus, poor Maureen must be spinning in her grave.”

“I hate to say it but it’s ugly. Nothing like her. Not even the feel of her spirit.”

The Facebook page then posted an update yesterday evening, stating that the statue had been since removed, just 2 days after it’s installation:

“*UPDATE*The statue was removed today. We don’t have any further information at this point, but we will let you know about how our beloved Maureen is going to be remembered in the village in the long-term.We thank you for your care for Glengarriff and Maureen O’Hara.”