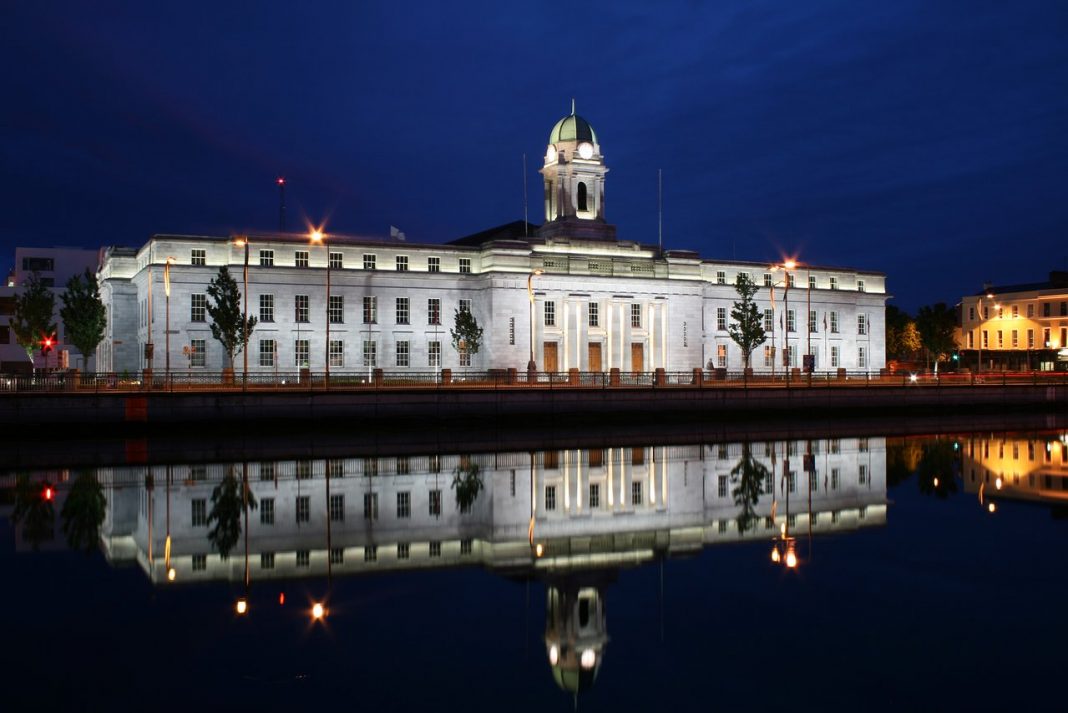 “To the people of the Ukraine our city stands with you.” – Lord Mayor of Cork

Cork’s City Hall will be illuminated with the Ukrainian national colours tonight in a show of solidarity for the people of Ukraine during Putin’s attacks.

“Tomorrow I have directed that the Ukrainian flag be flown from City Hall & that City Hall be illuminated in the Ukrainian national colours tomorrow night. To the people of the Ukraine our city stands with you.”

The European Union leaders agreed on a new, stricter set of sanctions against Russia, following an emergency summit in Brussels yesterday. The current death toll in Ukraine has reached 137, with a further 316 wounded.

Ireland stands in solidarity with the Ukrainian people in their darkest hour.

We will support the imposition of comprehensive and severe sanctions on Russia.#Ukraine #EUCO pic.twitter.com/mBudOgqG99

Taoiseach Micheál Martin has stated that “The sanctions adopted are the largest and most severe ever and they will hit the Russia economy hard.”

“Russia’s reckless, immoral attack is an existential crisis for the rules-based global order in place since the end of the Cold War. We must be honest, our sanctions will impact on the people of the EU too, but we are determined to stand up for our values and principles.”