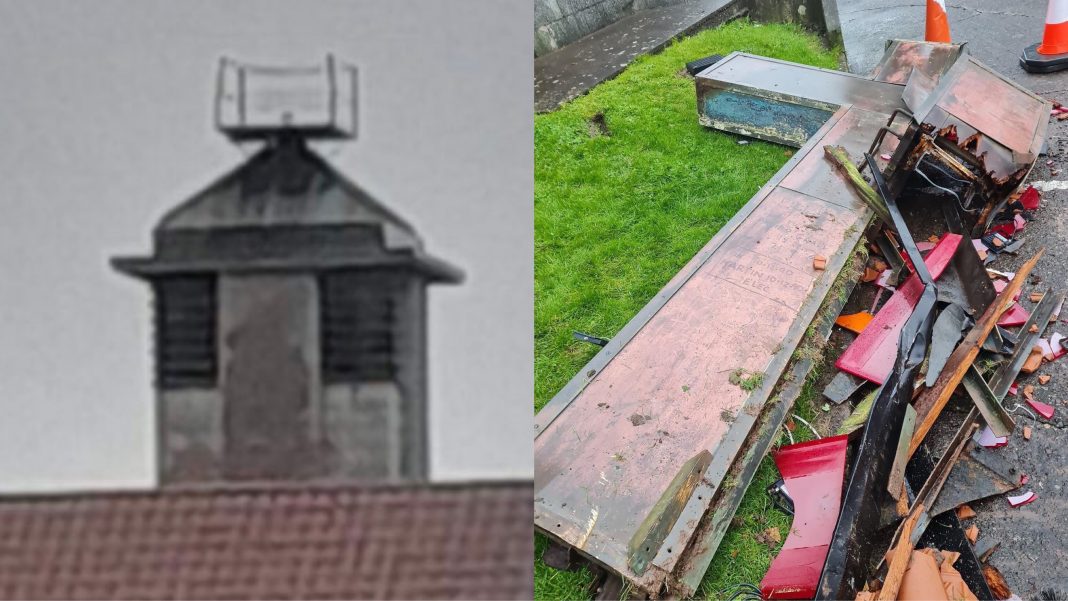 It is indeed a sad day for the parish.

Cork’s iconic neon cross, which stood on the steeple of the Church of Ascension since 1962 was blown off and smashed to pieces during last nights winds.

The neon cross has had its ups and downs over the past two decades. It fell into disrepair back in 2004, and had not been lit for over 15 years until it was restored in 2019. Last month, the cross was again damaged, this time by Storm Franklin, leaving it tilted dramatically.

Last night, sadly, the cross met its match. The heavy winds proved to be fatally damaging, and the neon cross was blown clean off the church where it shattered on the ground below.

The church has remained closed since Storm Franklin, with Cork Fire Brigade deeming the grounds unsafe for the public. A recent GoFundMe page had previously been set up to restore the tilted cross, with around €4,000 out of a €10,000 goal raised so far.

“The people of the community, particularly the older generation, have been very helpful to the church and we now appeal to the community, and the people of Cork to help us raise funds to repair and restore the cross. Local media including RTE have covered the story.”