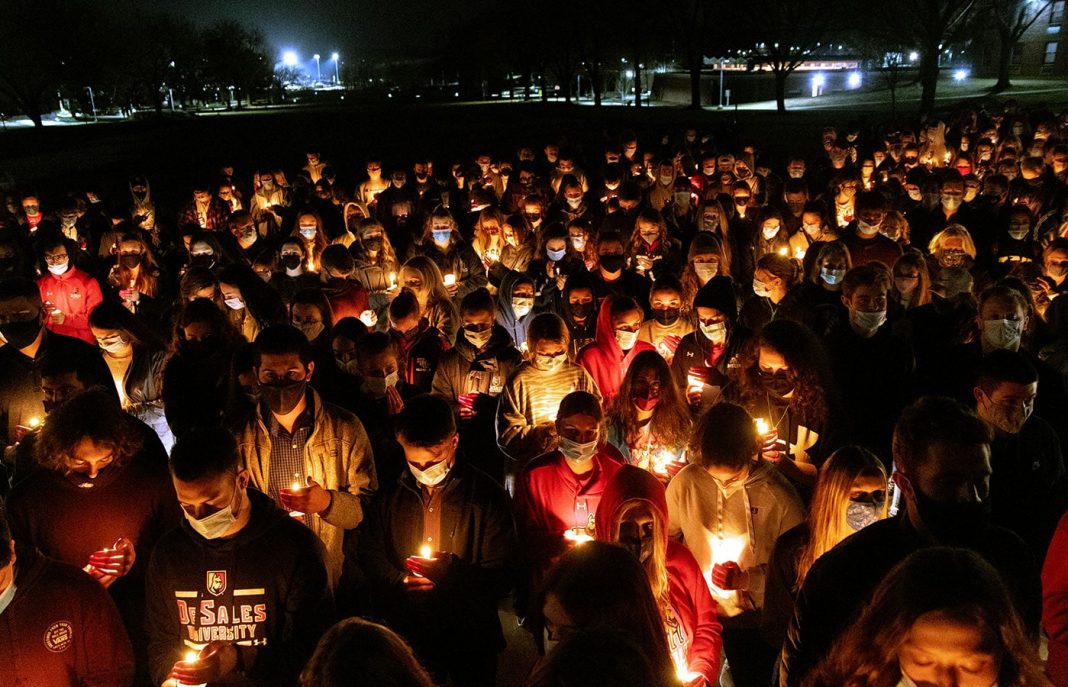 A number of vigils will be taking place in cities across the country this week.

23-year old school teacher Ashling Murphy was brutally murdered in broad daylight while out for a run in Tullamore yesterday afternoon.

Ashling was attacked by a 40-year old man – previously known by Gardaí – while she was out exercising along the banks of the Grand Canal at Cappincur at around 4pm yesterday.

Gardaí believe the attack was random, and at this stage there is no information to show that Ashling and her killer were known to each other.

The National Women’s Council of Ireland is currently organising a vigil for Ashling outside Dáil Éireann at 4pm tomorrow, with a number of vigils scheduled for the following cities over the coming days:

The Cork candlelight vigil is to take place at the Atlantic Pond at 9:30am on Saturday 15th, and organisers are encouraging those in attendance to bring flowers or candles, and to wear face masks and maintain social distancing.

They have also added that:

“Lots of people who can’t be at the vigil in person – can you wherever you are at 4.30pm light a candle in remembrance of Ashling, and we will have a minute’s silence at the vigil at this time.”

Minister for Justice Helen McEntee has stated “This is a woman’s worst nightmare – while no woman should have to take measures when they’re going out and about to stay safe, Ashling was out during the day.

“It was bright, there was a lot of people about, and she was in an area local people always felt was safe.”