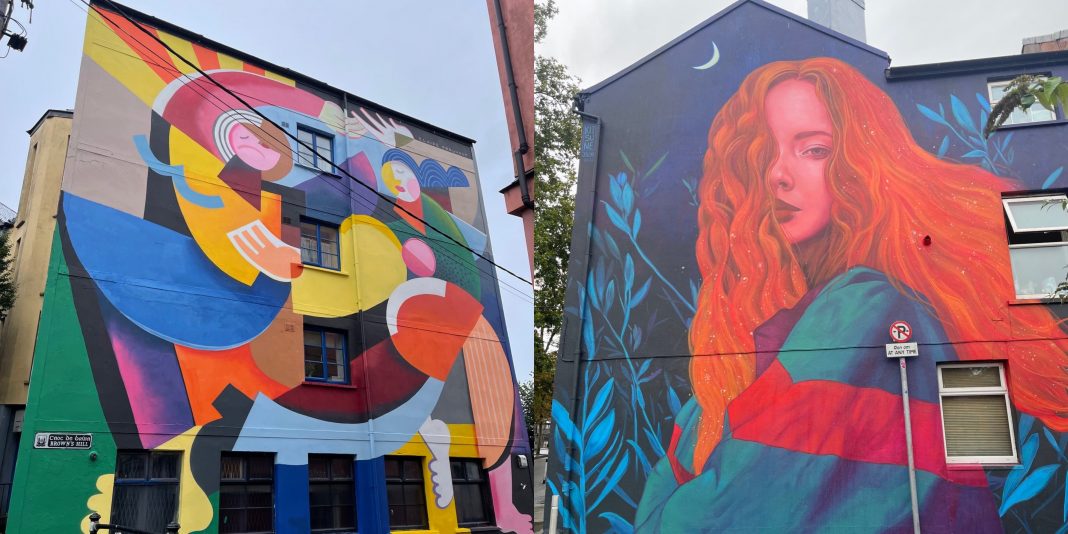 And they’re both absolutely breathtaking.

Two talented artists had a busy weekend in Cork city, putting the final touches on their spectacular murals in the city centre.

Organised by Ardú, Cork’s new contemporary street art project which has been around since 2020, the initiative aims to untie the Leeside community through art and so far they’ve been responsible for some of the most breath-taking creations in the city.

Following the vibrant creation by Vents on South Terrace last week, artists Claire Prouvost and Kitsune Jolene both unveiled their masterpieces on the streets of Cork over the weekend.

Located between Pope’s Quay and Shandon Street, Claire’s Mural is a vibrant, geometric piece featuring strong primary colours, lines and shapes. Claire’s work typically features bold and colourful designs, drawing inspiration from Cubism. Commenting on her piece on social media, Claire mentions: “Such a fun piece for me to experiment with, a cool wall and some lovely people.”

The third and final piece of the Ardú 2022 initiative is located on Sullivans Quay, directly across the water from Electric bar, and was created by Belgian artist Kitsune Jolene. This moody and emotive piece depicts a red-haired woman under the moon, stretching across all three floors on the side of the building. Kitsune’s work centres around story-telling, creating human atmospheres which make space for the viewer to recognise a piece of themselves within the piece.

These are the final two large scale murals as part of the Ardú 2022 initiative, which is made possible by support from Cork City Council, Pat McDonell Paints and Creative Ireland.